The world we live in moves so fast that the simple courtesies are oftentimes forgotten in the rush of activity. Increasingly, children show little respect for their elders, people speak rudely to each other, and inappropriate dress is common. Such discourtesy fails to show respect for others, part of God's command to love our neighbors as ourselves. In this area of life, Christians should lead. (iStockphoto) 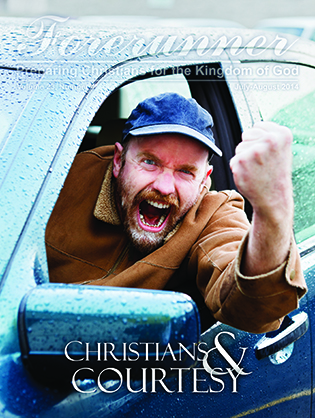 It is amazing to consider that, despite the fact that every human being will face death, so very few take the time to contemplate it, much less prepare for it. In covering the comparisons in Ecclesiastes 7:1-4, John Ritenbaugh surveys the Bible's attitude toward death, particularly its insistence that we should allow the reality of death to change our approach to life.

These days, it seems, everyone demands respect but few are willing to grant it to others. It is a rare event and often worthy of note when someone gives up his seat to a woman or elderly person or when a child responds with proper deference. Mike Ford analyzes this international problem, zeroing in on the Bible's injunctions on the subject.

Because of his deeply expressed emotions regarding the decline and fall of Judah, Jeremiah is often called the "Weeping Prophet." He can perhaps also be called the "Complaining Prophet" on account of his two major complaints to God about his nation's situation. Tackling the second of those complaints, Charles Whitaker completes his study of the prophet's grievance and crisis of faith.

WorldWatch
The Rise of the Caliphate
by Richard T. Ritenbaugh

Lately, the eyes of the world have been riveted on the Levant, the area of the Middle East that includes Lebanon, Syria, Jordan, and Israel. The entity that is attracting attention is what is commonly known as ISIS, ISIL, or the Islamic State, an al-Qaeda terrorist group that is growing into a state. Richard Ritenbaugh describes its rise and its expansive aims.

Bible Study
The Miracles of Jesus Christ:
The Resurrection of Lazarus (Part One)
by Martin G. Collins

Among Jesus Christ's greatest miracles is the resurrection of his good friend, Lazarus of Bethany, brother of two of His most ardent followers, Mary and Martha. Martin Collins examines John 11, particularly Jesus' approach to and way of expressing the concept of death.