Most—if not all—cultures have used idols to portray their gods, just as the Toltecs of Central America did on this sacrificial altar. Worshippers of the true God, however, are strictly forbidden to make any images of Him or another God. These representations, though sincerely made, would eventually be worshipped themselves and lead to other sins—even as far as the Toltec practice of human sacrifice.  (Corel Photo) 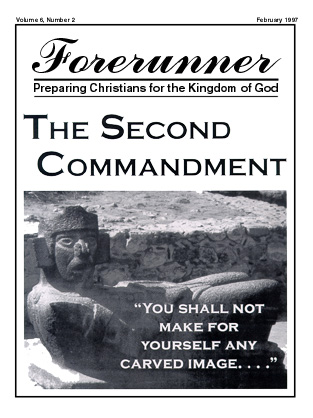 Many fail to perceive the difference between the first and second commandments. John Ritenbaugh explains that the second defines the way we are to worship the true God.

Ready Answer
Does God Want You to be Rich?
by Staff

Laodiceans think of themselves as rich, while God sees them as poor. On the other hand, the Smyrnans see themselves as poor, yet God says they are rich! What are true riches?

The history of Israel is not only a fascinating study, but it also reveals important facts and principles necessary for proper understanding of prophecy. Once Israel is identified prophetically, Bible prophecy opens up and God's plan becomes plain!

The first commandment reveals our first priority in every area of life: God. Anything we place ahead of Him becomes an idol!