Unity and Division: The Blessing and the Curse (Part Five) 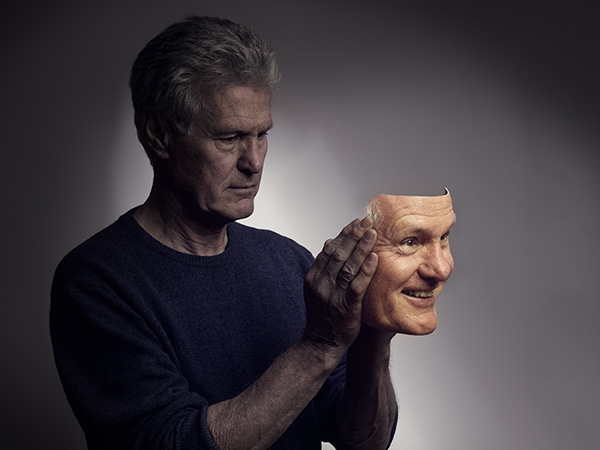 “And let the peace of God rule in your hearts, to which also you were called in one body; and be thankful.” —Colossians 3:15

In the last article, we looked at each of the twelve curses issued to those individuals standing on Mount Ebal. In this final article, we will discuss the implications of these curses—and of the entire Ebal/Gerizim incident—for the church of God today.

A theme cutting across almost all the curses deserves highlighting: They all, except for perhaps the last one, focus on hidden or secret sins, ones committed—at least metaphorically if not literally—under cover of darkness, under the counter. Revelation 7:5-8 makes this commonality vital to us because there, God links the designation of the twelve tribes (that is, their names) to the 144,000 sealed saints, 12,000 per tribe.1

This linkage, which is spiritual, is germane to the division of tribes on Gerizim and Ebal.

In Luke 12:1-2, Jesus Christ warns His disciples—and us—to stay away from hypocrisy: “Beware of the leaven of the Pharisees, which is hypocrisy. Nothing is covered up that will not be revealed, or hidden that will not be known” (emphasis ours throughout). 2 3

Christ is warning us against being hypocrites, being two-faced. We do this when we say one thing but practice another. Hypocrisy includes “playing church,” all the while harboring unrepented sin, persistently cloaked sin, secret sin. The hypocrite leads a double life, as it were, a mock life, appearing to be blessed, though all the while under a curse for his failure to renounce all and follow Christ without reservation.

Total Commitment to the Truth

Jesus’ statement in Luke 14:33 is applicable here: “[A]ny one of you who does not renounce all that he has cannot be My disciple.” The narrative of Ananias and Sapphira in Acts 5:1-11 provides a dramatic illustration of the fact that God will not accept duplicity in His church. Partial commitment to the truth is not enough. In the case of this ancient couple, He judged “the secrets of men by Christ Jesus”4 without delay, stopping the lie literally dead in its tracks.

Although unstated in the account, Ananias and Sapphira likely coveted the status and reputation they would receive if God’s people came to believe they were “big” contributors. With Satan’s prodding (verse 3), they (Sapphira is fully complicit; verse 2) hatched the deceitful plan to sell some property and donate part of the proceeds for the use of the brethren. In reality, they conspire to mislead the church leadership (and ultimately, the brethren at large) into thinking that their generous gift comprised the entire sale price of the land, when in fact they had surreptitiously “kept back” a portion of the proceeds for their personal use. Their level of sacrifice for the needs of the church was not what they led others to believe.

Had God not intervened to abort their plan, they would have lived lives of hypocrisy for who knows how long, daily “practicing” the lie (Revelation 22:15) that they had “given all” to God. Without question, they would have lived the same sort of burdensome lives endured by Joseph’s brothers for decades after their clandestine treachery toward their younger brother (see Genesis 37:23-36), as they feared serendipity every moment—a slip of the tongue, the development of an unwelcome and unforeseen circumstance, the vengeance of God, anything which might suddenly reveal the truth to their father, exposing them as the rogues they really were. Theirs was a skulking lifestyle—the way of life of any hypocrite, analogous to perpetually wearing a mask or a disguise to hide the real self, pretending to be one person, all the while being another.

But that is only half of the nasty story. Sir Walter Scott well wrote, “Oh, what a tangled web we weave, / When first we practice to deceive.”5 The hypocrite, enjoying the benefits of his duplicity (such as wealth, status, etc.) becomes desperately committed to maintaining the façade at any cost, doing all that becomes necessary to keep the charade going, lest he suffer financial, social, or emotional losses that his carnality could not accept. The cause of perpetuating the lie comes to enmesh his spirit. The myth becomes master.

So it was that the Bible’s archetypal hypocrites, the Pharisees, became consumed with destroying Jesus’ status with the people, ultimately obsessed with killing Him. In John 3:19-20, Christ pulls no punches in speaking to the Pharisee, Nicodemus, stressing the ubiquity of the situation:

This is the crisis we’re in: God-light streamed into the world, but men and women everywhere ran for the darkness. They went for the darkness because they were not really interested in pleasing God. Everyone who makes a practice of doing evil, addicted to denial and illusion, hates God-light and won’t come near it, fearing a painful exposure. (The Message)

This “[running] for the darkness” is the type of lifestyle Revelation 22:15 describes with the term “loving and doing falsehood” (Disciples’ Literal New Testament). The Easy-to-Read Version refers to people living this way as those “who love to lie and pretend to be good.” God will have none of that!

Such people find themselves separated from God, having no access to the New Jerusalem. God, capable of “discerning the thoughts and intentions of the heart” (Hebrews 4:12), handily distinguishes reality from appearance. With Him, illusion is impossible. He cannot be fooled. Ultimately, the mask drops to the ground as all is revealed.

One final note about Ananias and Sapphira: Luke does not specify the amount of money they held back. Was it 5% of the sales price or 20% or 50%? We do not know, and it does not matter! A lie is a lie. There are no “little white lies.” A life of duplicity can develop around any lie, big or little. It will always bear the same fruit, however.

Looking at the underlying commonality of the Ebal-curses—that they focus on secret sin—we may conclude that the six tribes on Ebal represent those church members whom we could call “wolves in sheep’s clothing,”6 in whom God finds unrepented sin, individuals living a secret life, closeted in some way, hypocrites.

Conversely, we may conclude that the six tribes atop Mount Gerizim symbolize those people in God’s church who exhibit sincerity and wholeness of heart, unwavering commitment to keeping the principle inherent to the Feast of Unleavened Bread—and, by extension, living their entire lives—“not with the old leaven, the leaven of malice and evil, but with the unleavened bread of sincerity and truth” (I Corinthians 5:87).

Those on Gerizim, unlike their fellows on the Mount of Cursing, represent individuals who break their bread with “singleness of heart” (Acts 2:468), fully committed to abandoning all sin, no matter how stubbornly closeted it may have been at one point in their lives, no matter how tenacious its addiction, no matter how much carnal pleasure it might bring.9 On Gerizim stand, symbolically, those of God’s people who, recognizing the damnation of the charade, have firmly rejected living a double-life. Those who so shun sham and find no pleasure in the mask really do stand on the Mountain of Blessing!

One final observation serves as a coda.

One of the characteristics of the judgment-leading-to-division model we identified in Part Two is the element of surprise. When God judges His people, dividing them into two groups, the line of division can be quite special—special in the sense of abnormal, extraordinary, or atypical. That line of division can be very much unfamiliar to us. The reconfiguration God effects through the division process may leave us, well, just plain bewildered. God does not always do what we expect Him to do. This element of surprise can catch us off-guard, unprepared for what comes next.

Numbers 2 and 10 describe normalcy: A secular, everyday arrangement. A profane one, if you will. However, Deuteronomy 27 describes an arrangement germane to the renewal of the Covenant. And, as we have seen, the Gerizim/Ebal arrangement has profound spiritual meaning for us in God’s church. It is congruent with any number of prophecies, even, as we saw in Part Two, the Olivet Prophecy. There is nothing at all profane about the Ebal/Gerizim incident.

This thought gives the lie to a claim, floated all too often by some in God’s church, that God will divide His people into two groups—one to go to the Place of Safety, the other to go through the rigors of Jacob’s Trouble—along corporate lines, along familiar, everyday lines—ones we recognize so easily today. The example of Deuteronomy 27 suggests otherwise. Expect the unexpected, knowing that God is even now watching, evaluating, and culling. We need to be wise, like five of the virgins, lest we become caught off-guard. Remain alert and true to God, so that, no matter into what congregation He has placed us today, we will end up tomorrow on the right mountain—Mount Zion.

1 Of all the sons of Jacob, only Dan’s name does not appear in the Revelation 7 catalog. The complement of twelve tribes is made by the tribe of Joseph, which is mentioned twice under the names “Manasseh” (verse 6) and “Joseph” (verse 8).

2 Unless otherwise noted, all quotations of Scripture are from the English Standard Version.

Therefore do not pronounce judgment before the time, before the Lord comes, who will bring to light the things now hidden in darkness and will disclose the purposes of the heart. Then each one will receive his commendation from God.

6 See Matthew 7:15, where Christ warns that false prophets may “come to you in sheep’s clothing but inwardly are ravenous wolves.” See also Matthew 10:16.

7 It is noteworthy that Paul, writing in Hebrews 10:18-25 of our ability to enter the “holy place” with confidence, includes the admonition to “draw near with a true heart” (verse 22). The word true there can also mean “sincere” and is so rendered in any number of modern translations. It is the adjective alethinos, (Strong’s Greek Concordance #228), appearing 27 times in the New Testament. The translators of the King James Version render it with the adjective “true” ubiquitously. The first appearance of alethinos is in Luke 16:11.

9 It may be this characteristic of total abandonment of sin (except for occasional slips, of course) which at heart defines those who are walking in the spirit, as Paul mentions in Romans 8:1-11.