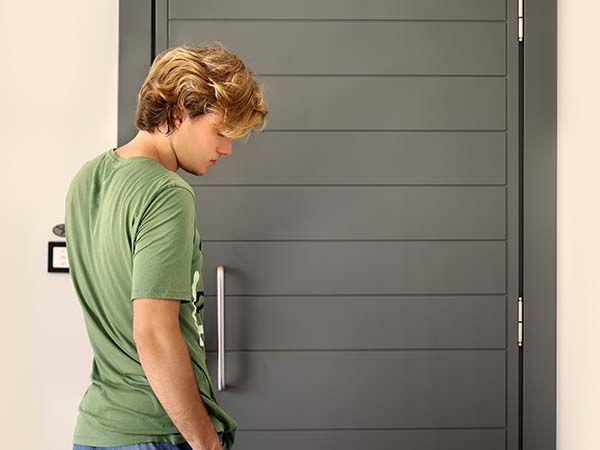 The Millennial Generation, comprised of young people born in the 1980s and 1990s, receives a great deal of press because it is changing the face of America. Studies have shown that this massive block of citizens—rivaling the size of the Baby Boom Generation—has transformed, not just public matters like employment, education, and popular culture, but also private things like dating, marriage, parenthood, and well, religious life.

A new study by the Pew Research Center finds that Millennials are now just as likely to say they have no religion or that they follow a non-Christian religion as they are to identify as Christian. Just under half of Millennials (49%) describe themselves as Christians, while 40% are religious “nones,” and another 9% identify with non-Christian faiths. The half of Millennials who say they are Christians is the lowest among all adult generations (compared to 84% of Silents; 76% of Boomers; and 67% of Generation Xers). Over the last ten years, Millennials have exhibited the sharpest decline in Christian identity, down 16%.

Many Christians hoped that the Millennials would follow the traditional path and return to their religious roots once they began to accomplish various adult milestones like marriage, home-ownership, parenthood, and career advancement. Other generations had followed that track, so why not the Millennials?

But the evidence is mounting that, instead, they are leaving religion for good. As Millennials have aged, they have shown little indication of returning to church or organized religion in any way. In fact, the evidence points in the other direction; recent surveys find that Millennials are becoming less Christian, not more.

Why? A national survey by the American Enterprise Institute proffers a few reasons why Millennials may not return to the religious fold:

Boomer and Gen-X parents are partially to blame, as they started this trend by failing to raise their children within an organized religion. While only 5% of Baby Boomers grew up without religion, more than three times as many Millennials (17%) had no religious upbringing. Half of young Boomers attended weekly church services, but only a third of Millennials did.

On the other hand, Pew Research found in 2016 that children raised in households where both parents shared religious beliefs and practices still identified with that religion as adults. For instance, 84% of those raised by two Protestant parents claim Protestantism as adults. However, this principle works the other way too: 64% of people raised by nonreligious parents are equally nonreligious as adults.

Why are the few religious spouses—the remaining quarter—so ineffective in turning their unaffiliated spouses to Christianity? Young adults today perceive religious people as having a negative influence on society. For example, a 57% majority of Millennials feel that religious people are generally less tolerant of others. Because of this perception, many of them now look to sources outside religion for moral teaching, saying that religious organizations are not good models for those teachings—quite a condemnation of America’s churches.

Christians, sociologists, and political scientists are concerned that this trend points to a widening gulf between secular and religious groups in the nation, profoundly affecting the existing internal divisions between conservatives and liberals. It portends increased turmoil and conflicts, even raising the distant specter of civil war.

For Christians, among other things, it means that the downward trend toward societal breakdown and the end of the age continues apace. All evidence points to this anti-religious trend continuing, not just among Millennials, but also among the next generation, Generation Z.

Sign up for The Berean: Daily Verse and Comment, and have Biblical truth delivered to your inbox. This daily newsletter provides a starting point for personal study, and gives valuable insight into the verses that make up the Word of God. Join over 150,000 other subscribers.