The Changing Face of Mainstream Christianity 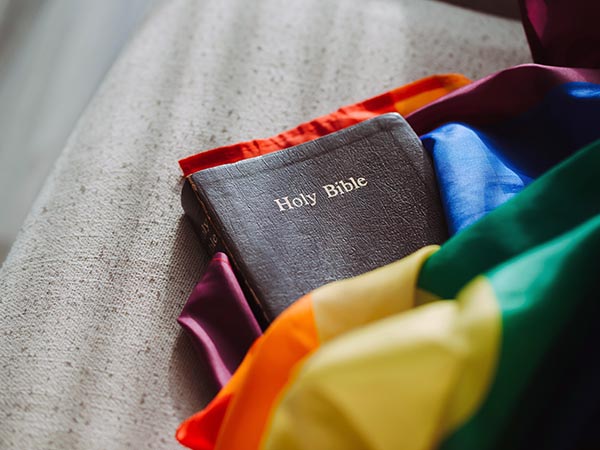 The twenty-first century is heralding an upheaval of societal norms and unprecedented change throughout our global civilization.

Few institutions, if any, have been left untouched.

As we prepare to close out the century’s twentieth year—perhaps the most tumultuous yet—we turn our focus to the institution credited for stabilizing and influencing much of the essential structure of the United States and most of Western civilization: Christianity.

While fraught with error, inaccuracy, and misunderstanding, modern, mainstream Christianity reached beyond western shores and provided a reliable foundation for much of the globe. It promoted a message of morality, sacrifice, hard work, and ethical behavior since its explosive growth following the life and death of Jesus Christ in the first century. Ultimately, the geopolitics of so-called “Christian” nations of the West favorably affected even the godless nations of the East.

But with the passing of the WWI and WWII generations, the basic tenets of mainstream Christianity, including those of Protestants, Evangelicals, and Catholics, have undergone a deteriorating transformation. Various studies, surveys, and polls, all conducted in 2020, reveal a severe erosion in some of the most fundamental beliefs of the Judeo-Christian ethic.

According to the 2020 State of Theology survey from Ligonier Ministries conducted with LifeWay Research, nearly one-third of Evangelicals fail to recognize the divinity of Jesus Christ. In addition, sixty-five percent of Evangelicals believe that Christ was a created being. Perhaps most shocking, forty-four percent of the Christian respondents believe that Jesus sinned, with only forty-one percent maintaining that He led a sinless life.

George Barna, well-known researcher of the Christian culture in America, recently released troubling findings from his American Worldview study that suggest the waning influence of a weakening Christianity on American life. Nearly fifty percent of all Americans who claim to believe in God as a spiritual Being, as depicted in the Bible, are not actually convinced that He exists. In a recent interview, Barna declared:

The spiritual noise in our culture over the last few decades has confused and misled hundreds of millions of people. . . . [W]e can no longer assume that people have a solid grasp of even the most basic biblical principles. We’ve transitioned from a people who upheld the existence of absolute moral truth to a nation that rejects moral absolutes. The result has been a seminal shift in our collective focus, from other to self, and from absolute truths to conditional truths.

EWTN, the Catholic cable network, in association with RealClear Opinion Research, just issued some surprising—if not startling—news. According to their latest survey, a plurality of Catholics are in favor of the Supreme Court upholding the landmark 1973 decision, Roe v. Wade. This survey marks the first time that more Catholics support the decision to legalize abortion in the United States than oppose it.

Beyond that, Pope Francis recently went on record explicitly supporting same-sex civil unions. In his article, “Why the Pope’s comments on civil unions are so momentous,” published October 21, 2020, in The Tablet, Christopher Lamb quoted the pontiff as saying:

Homosexual people have the right to be in a family. They are children of God and have a right to a family. Nobody should be thrown out or be made miserable over it. What we have to have is a civil union law - that way they are legally covered. I supported that.

The papal endorsement is significant given that, in 2003, the Vatican issued a document setting out why it is “necessary to oppose legal recognition of homosexual unions” because they “obscure certain basic moral values and cause a devaluation of the institution of marriage.”

That is a big step in only seventeen years.

It’s more dangerous when Christianity dies not from an exterior attack but from an illness within its own society, its own Church. It’s a grave danger when this mentality of secularization enters inside us. I think this is the most profound and most worrying question for the Church today.

For all its flaws, mainstream Christianity has buttressed the foundations of civilized society since its inception. But as nominal Christians increasingly abandon its fundamental precepts, the modern church is slowly drifting into irrelevance, and with that, the continued disintegration of societal morality progresses apace.

God sends a warning to a world suffering from spiritual blindness in Psalm 82:5: “They do not know, nor do they understand; they walk about in darkness; all the foundations of the earth are unstable.” Considering the growing impact of secularization around the globe and in the church today, is there a more pertinent query than that of Psalm 11:3? “If the foundations are destroyed, what can the righteous do?”